This is a Cabinet Card from the Antique Mall in Detroit  Lakes, Minnesota. 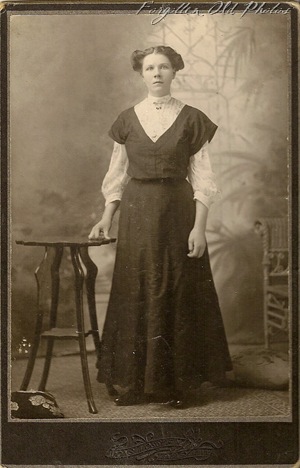 Mons Mossefin the photographer was from Norway.  He was in the Bagley, Minnesota area in 1914 (  in 1898 and 1899 he was in Crookston, Minnesota..then he us not shown again until 1914 in Bagley according to the Minnesota Photographers Database...but he could have practiced earlier in the Bagley area)   I think this ladies dress looks like something a young woman would wear in Minnesota in the early1900s. 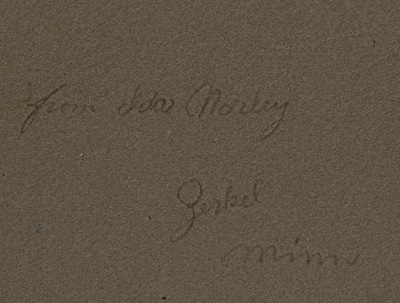 from Ida Norley or Morley??  Zerkel Minnesota
Thanks for stopping by, do come again:)