This Full Circle began with a comment on a Real Photo Postcard I presented in August of 2015. 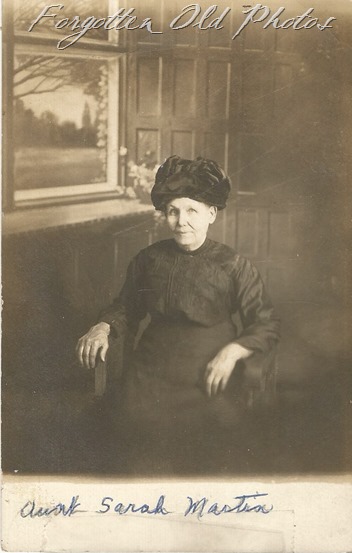 Off it went to North Carolina! Here is the Full Circle story.

Ok heres your full circle story... because of this picture I was able to trace my Great Grandmother Sarah Pryor Martin  and My Great Grandfather Stewart Martin her husband and our family tree back to Philadelphia Pa and before the Revolutionary War, Its been an awesomely exciting journey that even took me from NC to Ohio to the Washington Co Courthouse in Marietta Ohio where I found GOLD and it seemed once I got started the universe stepped in and started putting all the right people in my path including an old soul who researches for the DAR who just happened to be at the  Historical and  Geneology part of the library system.He was researching  buried Patriot soldiers in the area and there was believed to be around 100 men and hes already found  over 300 he said. So he asked my Great Grandfathers name and I said "Absalum Koon" and he said Phillip Koon they all belong to him ..Born Philadelphia Pa 1757 died 1842 Washington Co Ohio he then told me about where the family farm was and  how to get there and find the family cemetery up on the ridge ect..thats the next part of the trip back to Ohio but what are the Odds huh? Then through land records i learned my Great Grandparents were neighbors and the pieces just started falling into place.. but there still are some mysteries to solve. Thank You so much for putting me on this journey Connie  And Thank you for the photo....."Great Grandma Sarah  Martin is HOME"  The Baby in the pic is my sister Coreen Martin (Cory) who passed at the young age of 18 in 1969 and the little girl is my Granddaughter Kora  who just turned 13... Thanks again Christopher 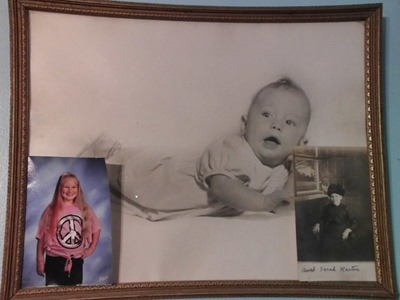