This week we will look at a few photos from my readers.
This photo is from Laura in California, she found it in a book.   She would like it to go back to family if possible. 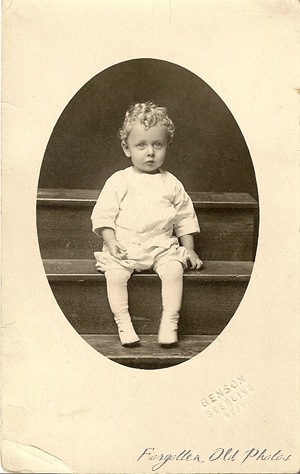 This is a Real Photo Postcard, an Azo with triangles up in all corners where the stamp goes..so it is from 1904 to 1918.
Benson of Sterling, Nebr was the photographer. 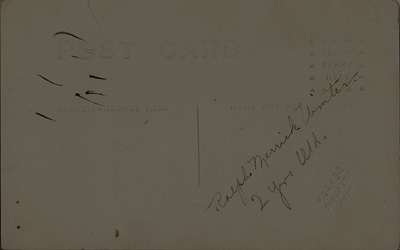 I found a marriage record in 1941 for Ralph Merrick Winter, he married Nelma Elvera Frey in Lancaster County, Nebraska.  Is this the little boy with the beautiful curls?

Thanks for stopping by. If this is a relative of yours please contact me through the email on the left in my profile and I will mail the postcard to you:)

Update from Iggy:
I found two census records for Ralph M Winter in Gage County, NE. If this is him, he was born about 1913 to Ralph B and Olive M Winter. he had a brother (1920 census) named James B Winter b. abt 1918.


Ralph Merrick Winters brother James may be still alive..perhaps his family wants the photo..we will have to wait and see:)
Posted by Far Side of Fifty at 4:05 AM