Now we have a family of photos..I found a photo of Jessie Glenn’s younger sister Ruth Dale Lockwood. 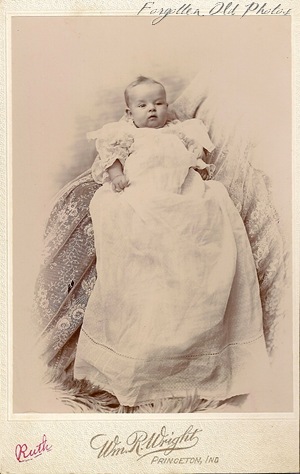 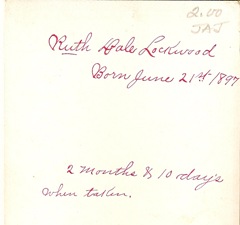 Thanks to someone who labeled this photo we know it was taken August 31, 1897.
This is what we know:
1910 United States Federal Census 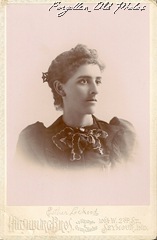 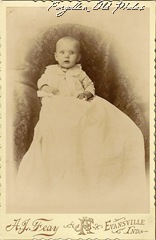 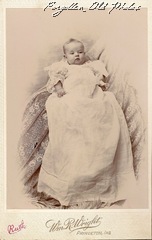 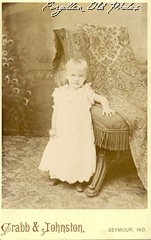 In 1920, they were living in Gibson County, Indiana with his parents.

In 1930, Hobart is in Fort Sheridan, Lake County, Illinois, while Ruth is with their nine year old daughter Nancy, in Hazard, Perry County, Kentucky.

Hobart died on Aug 1970 in Fort Walton Beach, Okaloosa, FL. I haven't been able to determine where Ruth Reed ... went or ended up. I get the unconfirmed impression that she and Hobart split up - but have no proof. What became of Nancy Reed - I've not be able to determine.

Hobart appears to have stayed in the Army and risen up through the ranks in the artillery arm. Perhaps he joined the Army before/during the Great Depression and made a career of it.


Update from Leanne on December 01, 2011
My name is Leanne Reed. Ruth Lockwood was my Great Grandmother, although I never met her. Ruth ended up being married to a man by the last name of Lightfoot. Hobart was a soldier and professional Polo player. His second wife was Claudine Reed of Ft. Walton Beach.