This is another photo from Janice and her Dyer Album. 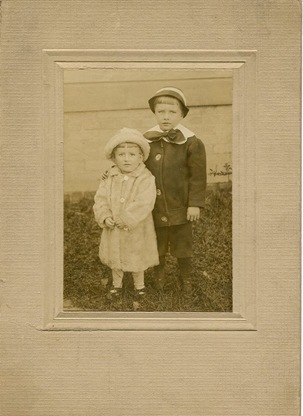 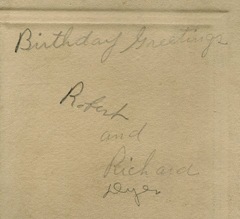 Now for a question..when do you think this photo was taken?  Janice would like input from you!
Ohhh they are cute little guys!


I think that this is a good possibility!  As always I thank Abra and Iggy for their relentless searching skills!!  They have also identified yesterdays photo as the Mother of these boys.  I think this photo was taken around 1913-1914  when Richard was five/six and Robert was two/three:)

Robert and Thelma appear to be James Dyer's parents.


I have forwarded the contact info to Janice, since she is in possession of the photographs. Now we will just have to wait and see what happens next:)