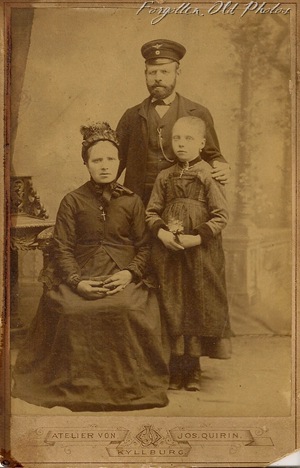 I purchased this cabinet card at the Flea Market in Wadena, Minnesota. 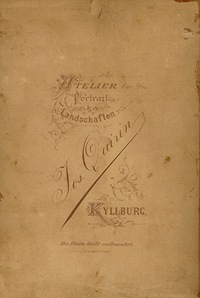 I believe it is German. 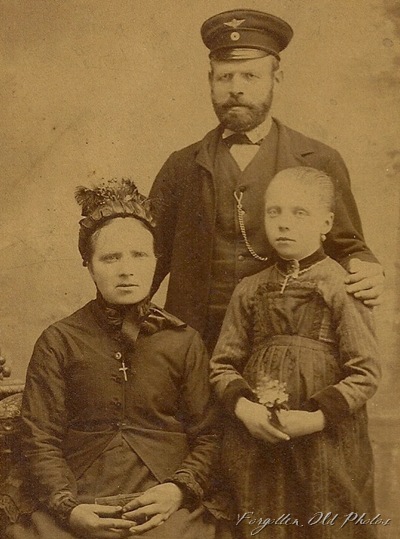 I get the impression that this family was headed to America..don’t know why..the lady seems to have traveling clothes on.  Was the gentleman a Captain of something..an airship?

Update From Iggy:
Kyllburg is indeed German. The town is located near the Belgium/Luxemburg border about 125 miles/ 230 km due west of Frankfurt am Main.


Update from Norkio:
The child has really poor posture and I wonder if that is what contributes to her looking like she has a belly on her. If she was older I'd speculate she was pregnant, but instead I suspect scoliosis or something that prevents her from standing up straight.

Also interesting is that her dress features a "pinner" apron, one that has the bib but no ties to go over the shoulder or around the neck. Her's may be sewn in place but traditionally they were pinned to the dress underneath. It's a very old style if this is circa 1910. The pinner was popular during the 1860s.
Posted by Far Side of Fifty at 4:08 AM