This is a Cabinet Card from the Antique Mall in Detroit Lakes Minnesota. 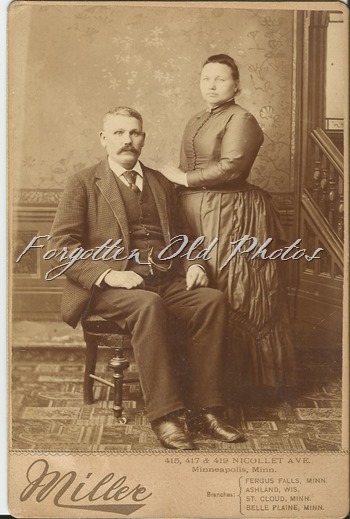 Miller was the photographer. He was at the Minneapolis address from 1884 to 1889. The lady wears a bustle so I will guess that the photo was taken sometime 1884 to 1886.