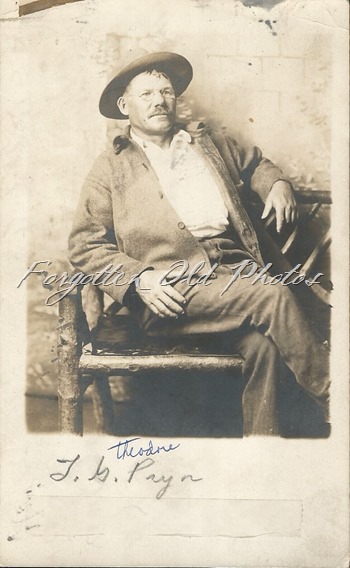 T.G. Theodore Pryor
It is interesting when a group of photos goes together unexpectedly. 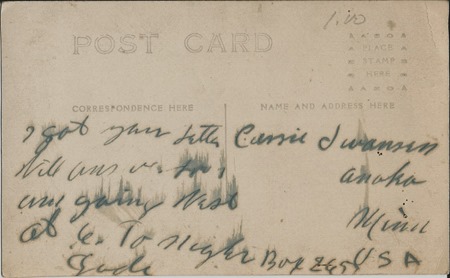 I got your letter will ans in Am, am going west at 6 to night
Jude ?
It is addressed to Carrie Swanson Anoka Minn  Box 2657  USA
Carrie Swanson was married to Marshall Swanson and her maiden name was Pryor.  So she is most likely related to this fellow.
I have a few Pryor Photos…and there are a few left at the antique shop from both families (the Pryors and the Swanson/Swensons) I only bought a sampling.
This was a AZO postcard that was used from 1904 to 1918.
Thanks for stopping by.

Update from Iggy:
Theodore Eugene (Gene) PryorBirth Jun 09, 1867 in Washington Co. Ohio Death Aug 31, 1935 in Isanti MN He was one of Carrie's older brothers. The 1900 US census shows him as a house painter.