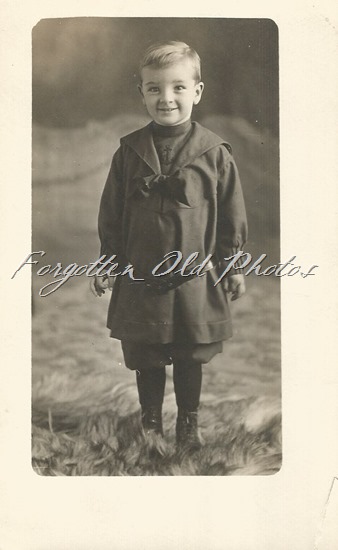 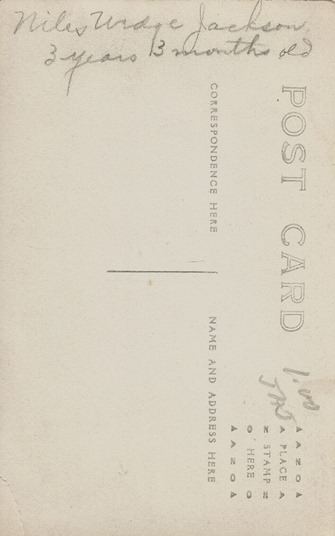 Niles seems to be wearing a sailor inspired suit with a saggy belt,  knickers, dark socks and lace up shoes. He has a great smile!
Thanks for stopping by.

Update from MJM:
Niles Wedge Jackson  born July 23 1908 to Nellie May Wedge and William Jackson, he died Jan 7 1957.  He is buried in Lac qui Parle County,  Dawson Cemetery Minnesota. He had a least one brother named William Wallace Jackson.