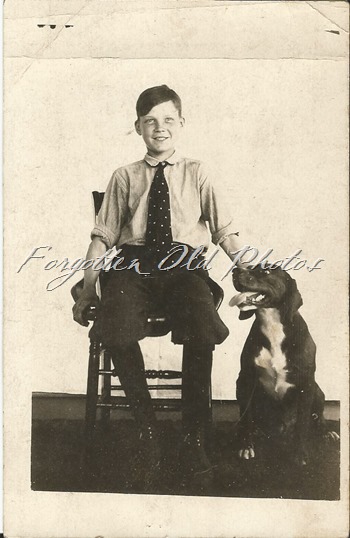 A boy and his dog. Notice he is wearing knickers. 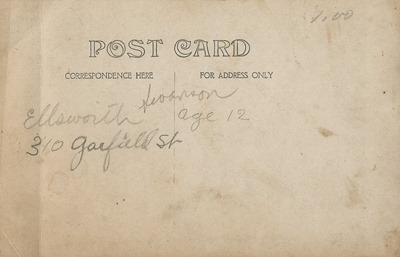 Ellsworth Swanson Age 12
310 Garfield Street
I wonder how he is related to John and Gertrude, or John, Martha and Marshall Swenson/Swanson?
Thanks for stopping by.

Update from Iggy:
This photo looks like the previous photo in tone - and Ellsworth was the sole son and oldest child of Marshall and Carrie Swanson.Ellsworth Hamilton Swanson (7 Oct 1896 in Anoka County, Minnesota - 18 Jan 1961) The 1940 US Census shows him as a dry cleaner with his family:Wife - Anna Swanson 42Children:   Louise F Swanson 20, Marshall Swanson 17, Robert Emil Swanson 2