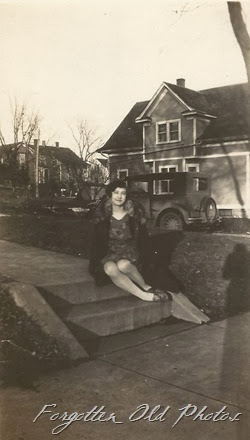 Looks like a photo taken in early spring or late winter. 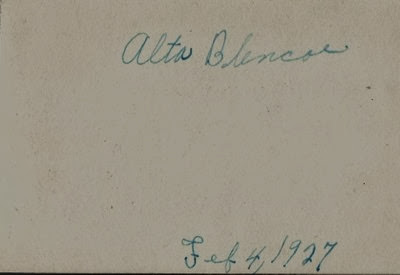 Update from Iggy:
Alta Blencoe, born c. 1913, was the daughter of Henry Blencoe and Harriet May Simser of Fairmont, Martin, MN. She married Edward Carlson and they had two daughters, Blythe and Dawn. The 1940 US Census says she lived in Nevada, Story, Iowa - and she is listed in the 1940 Ames, Iowa city directory having moved there sometime after 1935.
Posted by Far Side of Fifty at 4:11 AM