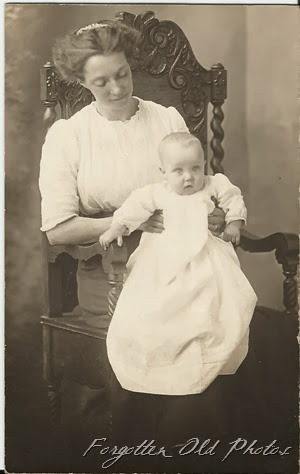 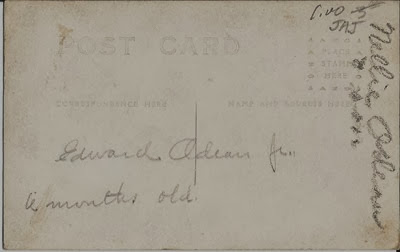 Edward Odean Jr.  6 months old
Off to the side it says Nellie Odean and son.
This is a AZO postcard with triangle up in the stamp box which was usually used from 1904 to 1918.
Thanks for stopping by.  Do come again.