Yesterday we had a postcard from J.H. Ferguson to Miss Hazel Ferguson.
It was addressed to 610 O ST Sacramento Cal 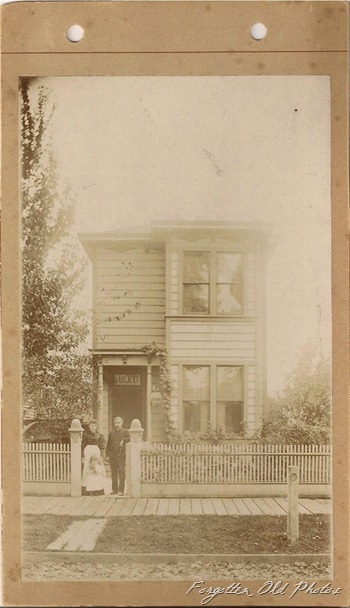 The photo is not marked.  Clearly there are a woman, child and a man standing in front of the residence.  My guess is that it is Emma, Hazel and J. H. (James) Ferguson.
Lets go back just a bit. 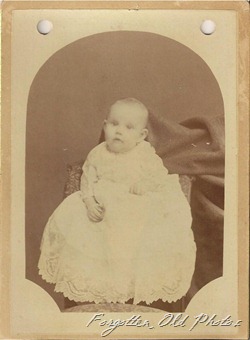 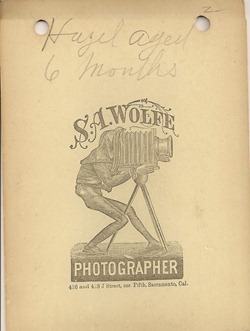 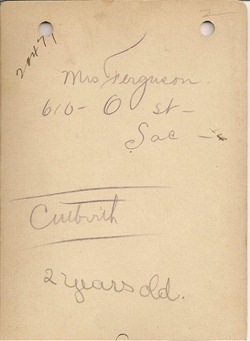 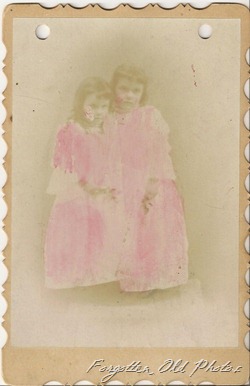 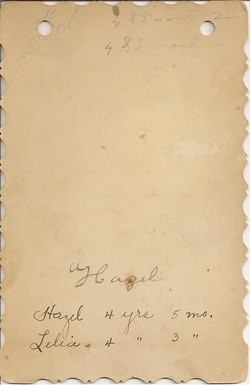 Hazel 4 yrs. 5 mo.
Lelia 4 years 3 mo.
Update from Iggy:
Leila Waldron niece of Ashby T Waldron (Emma J.'s father) married to Chas. Leon Shepard at Sacramento on Nov. 19, 1916. Leila might have been Hazel's cousin!
This must have been taken in September of 1894.
It looks like someone colored on this photo with a magic marker. 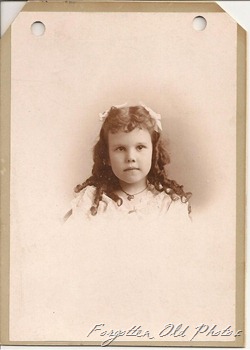 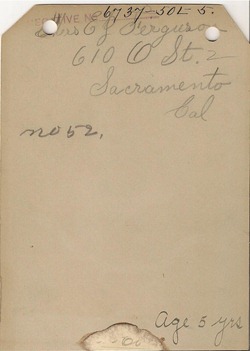 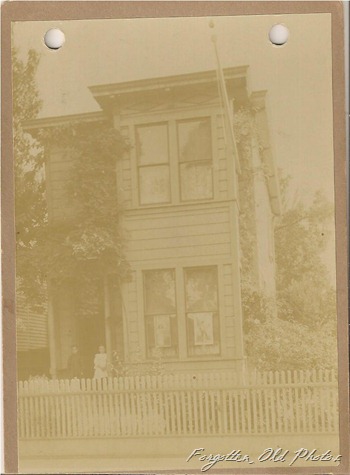 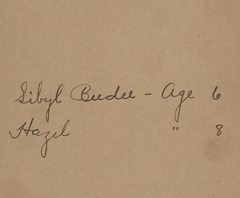 The house at 610 O Street.  This time there are some kind of paintings or banners in the windows featuring a girl and a boy.
Sibyl  Beedee age 6
Hazel Age 8
The year would have been 1898.
Hazel was born in April of 1890.

This is a treasure trove of old photos to help complete a family history..if there is a family out there.  Right now they look like true Forgottens.  Obviously from the holes in most of the photos they were in an album of some kind and someone took them out of the album and sold them separately.  It is important to keep family photos in an album together…every photo provides more clues to the identity of the family.

Thanks for stopping by.  Do come again:)
Posted by Far Side of Fifty at 4:05 AM