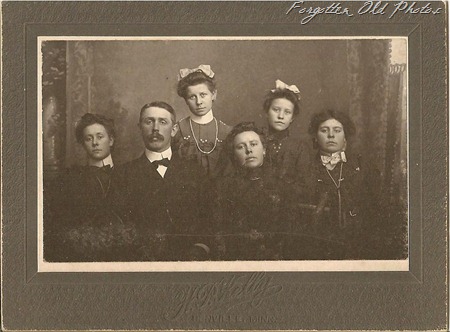 The photographer H P Kelly worked in Renville Minn in 1902. 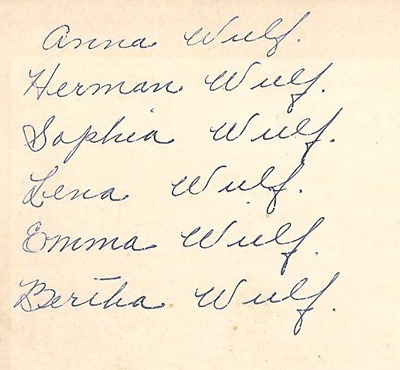 Anna, Herman, Sophia, Lena, Emma and Bertha Wulf
Thanks for stopping by.  Do come again:)