We continue on with the Hazel/Emma/Vene story in photographs. 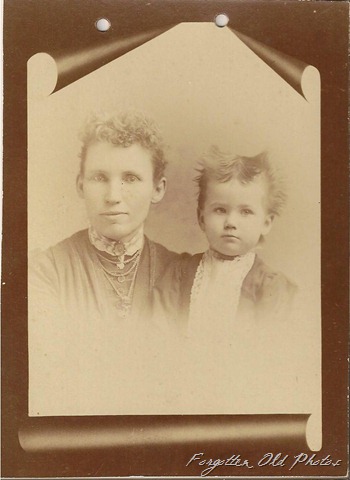 Vene and Carl?? Pearl ?? (Gotta love that hair)
From Iggy: Emma Waldren had a sister named Lavena\Lavina  Alvena (b. 1853 and about a year older than Emma) 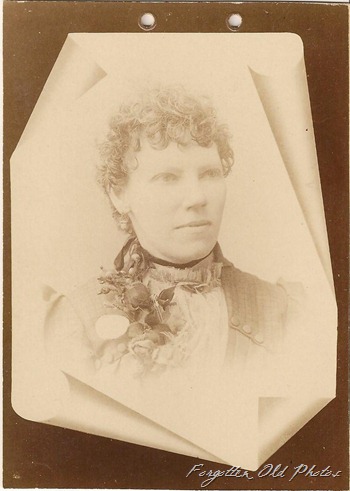 The year  was about 1889.  Perhaps she and Alvena went to the photographer the same day..perhaps together. 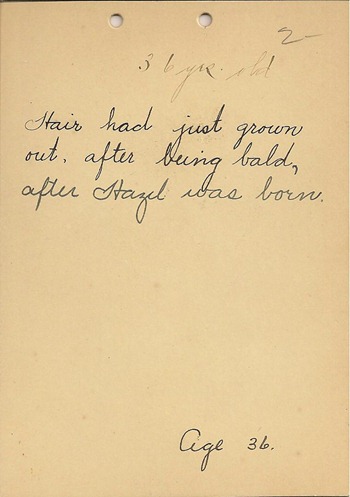 36 years old
Hair had just grown out, after being bald, after Hazel was born.
Ok lets back up.  Emma was supposedly married to Sol Haslam in 1868.  Moved to Sacramento in 1872.  Was unmarried ( divorced ?) In 1881 or 1882 we had the not married photo.  Now she has given birth to Hazel in..1889..How about April of 1890.
(Thanks Iggy)
Hazel Rackerby nee Ferguson (b. 28 Apr 1890 in California d. 8 Jan 1961) mother appears to have been Emma J Ferguson nee Waldren. There are "hints" that Emma was married Solomon Haslam. I'm thinking Solomon was married more than once - once to Emma and once to Anna.
Emma must have married J. H Ferguson… First name is James (Thanks Jacqi) 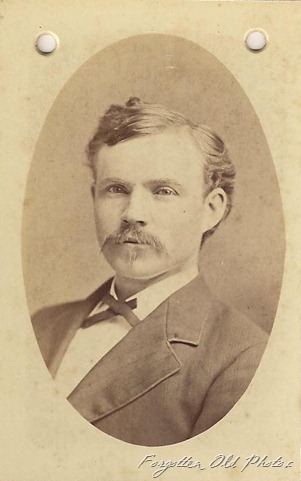 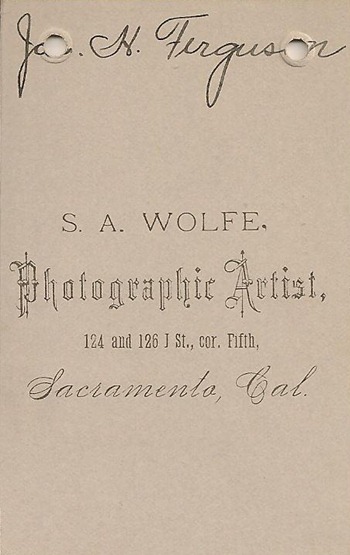 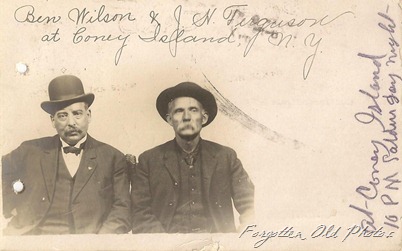 It was postmarked Washington DC September 9  at 8PM   07.
Thanks for stopping by.  Do come again:)
Update from Iggy:
Ah. A breakthrough. Lavina's name was mis-recorded in a number of census. Her name was Alvena. Alvena married a Henry McCausland and was soon widowed. In 1910 she and Pearl were living with her parents Ashby Thomas and Elizabeth Waldren/Waldron.Pearl married Roy Bratton (b. abt 1889 in Kentucky) and Alvena lived with them in 1920. Roy and Pearl had Elaine (1916), Nadeen and Zelpha (twins 1917).