These photos went to California. 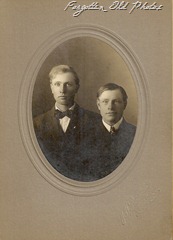 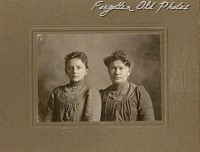 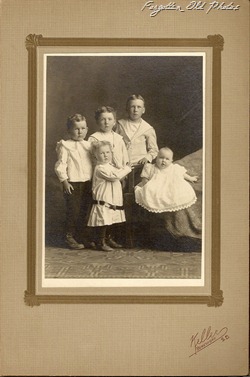 Photo Number 491
I found some info on Elmer Westling and thought these photos were of his sisters and his sisters children.   Iggy helped with the research!   Nothing happened with these photos for quite some time then one day Annette found them on the blog.
She wrote:
Hi my name is Annette Thank you for finding these photos.My grandma Selma lived to be almost 101 and one of the children on the photo just turned 95 and we had a big family party today.  Again thank you so very much.


I heard from her again that she had received the photo.

( Her Grandmother was Selma one of Elmer Westlings sisters.)

I also heard from another relative, Darlene left a comment on the blog:

Hi. I am the great-granddaughter of Vernice Dubrall. Could I also get copies of these pictures as well

(Vernice is the middle child in the back row.)
I asked her to email me.  When I have already sent the photo to a relative the best I can do is off to send a copy on a CD..I did that..but have not heard anything.
In the meantime I found this photo at the Antique Shop in Detroit Lakes, Minnesota. 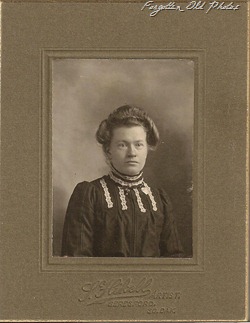 More than likely this is Selma Westling Dubrall. ( If this is not Selma then it is one of her sisters.) I contacted Annette again and asked her if she would like the photo..but I have gotten no response.

January 06, 2011  Edit: This is Freida Westling Davis younger sister of Selma.
Thanks for stopping by, do come again:)
Posted by Far Side of Fifty at 4:10 AM