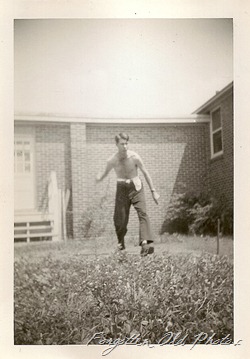 This one is marked “Lars” Larson Mpls ( Minneapolis MN)
It was developed on September 5 1945.  The photos could have been taken anytime or anyplace prior to that date.
I have finally decided that the photo processing center was called Illini Quality Service.  The words form a triangle and there is a photo of an Indian Chief in the center.  Chief Illini was the official symbol of the University Of Illinois at Champaign Urbana.  Chanute Base is nearby..I only know it as an Air Force Base..but it could have been Army/Air Corps Base back then. 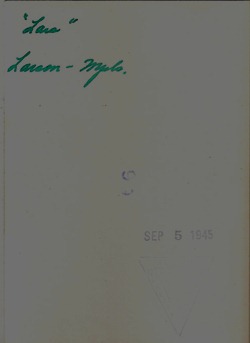