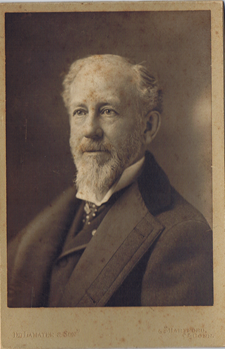 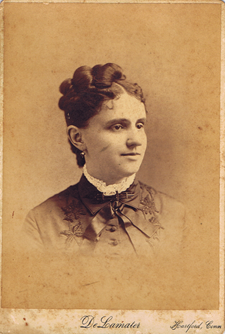 These are two of Laurisa’s photos from Alabama.  Since they are both from the same photographer De Lamater of Hartford, Conn.  Perhaps they are related??
The ladies photo is the oldest, possibly from around 1885.  She has a beautifully ornate blouse or gown with an unusual clip at her throat. 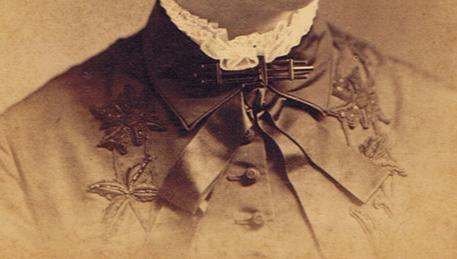 The gentlemans photo was taken later, how much later I am not sure..some time after RS De Lamater took his son into his business as that one is marked De Lamater and Son.  I will guess around 1900.  I found references to his son joining his business but no date.
These are both Cabinet Cards.

Update from Iggy : De Lamaters son joined him in business in 1890.
Posted by Far Side of Fifty at 4:37 AM