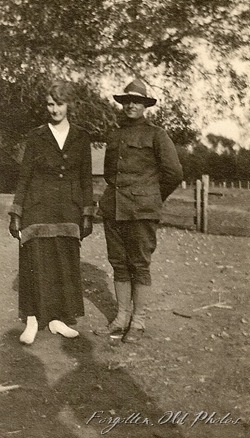 Sister or girlfriend?  Someone special is getting their photo taken with a soldier.  He seems proud she seems matter of fact.  I wonder if he made it back?  This photo was more than likely taken in 1917 or 1918.

The United States was in the First World War in actual combat for only seven and a half months and during that time 116,000 were killed and 204,000 were wounded.