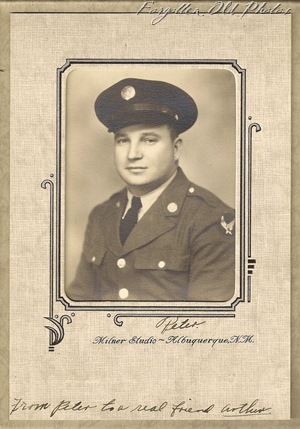 This is Peter, he was in the Army Air Force during WWII.

This is the info that Iggy found out about Peter. Thanks Iggy!!

Peter J served in the Army Air Force in WWII and was a Sargent.  He was based at the Albuquerque Army Air Base at least long enough to get his picture taken.  He may of worked there during the duration - or trained to fly bombers there and gone to Pacific.

Albuquerque Army Air Base was renamed Kirtland Army Air Field in February of 1942.

Sadly, Peter seems to have had no living relatives, or offspring.  He is a truly a Old Forgotten Soldier. We don’t know who Arthur is..the person that this photo was intended for..perhaps a fellow soldier..a real friend.

Here is a photo that Iggy took of Peter’s Service Marker.  Thanks Iggy! 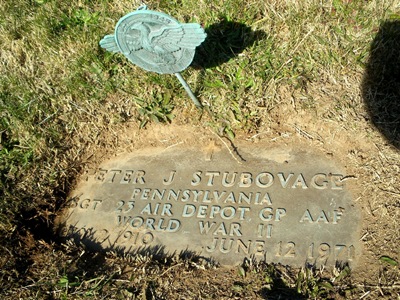