This is a photo from a little shop in East Grand Forks Minnesota. 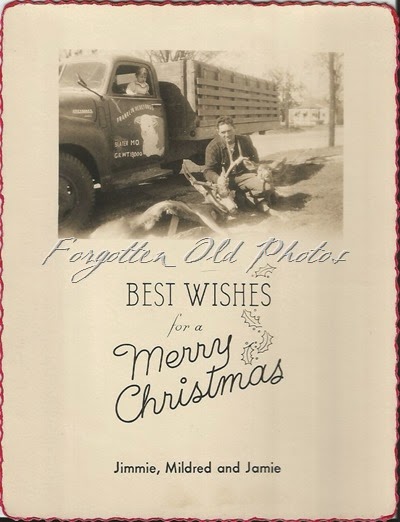 Best Wishes for a Merry Christmas
Jimmie, Mildred and Jamie
We have a bonus with this one. 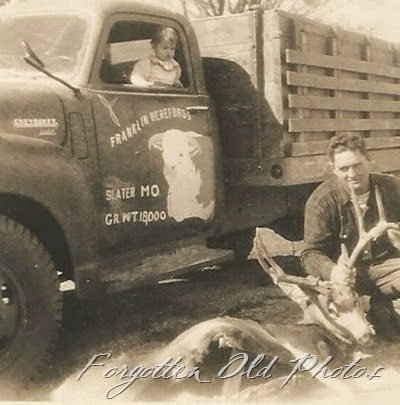 Franklin Herefords  Slater MO
That must be little Jamie in the truck!  I bet his last name is Franklin.
That looks to me like a 1947 Two Ton Truck…but I am no expert on vehicles.  It looks like a well used truck so this photo was most likely taken in the 1950’s sometime.  He has been hunting.
Thanks for stopping by.