Crex and Iggy did the research on this one.  Then it just took time. 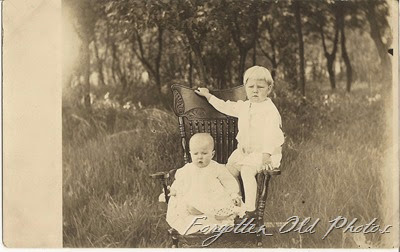 Volney was my grandfather. He died when my mom was pregnant with me so I never met him. I have met his sister Ruth. My mom is Volney and Margaret's 4th child. I will forward this to my mom.

Then an email from Annette

You can imagine my surprise when I found this photo on your site. I would be very grateful if you would mail it to me.