This is a Real Photo Postcard that I purchased from Larry’s Garage sale near Grand Rapids Minnesota.
I saw the date and had to purchase it. 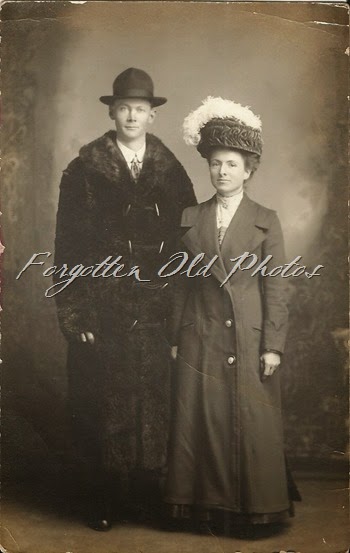 A lovely young couple…it looks like they are on their way someplace. A honeymoon trip?? 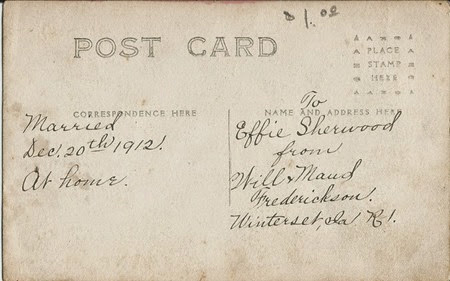 Married December 20, 1912  At Home
To Effie Sherwood
From Will + Maud Frederickson
Winterset, Ia  R1
I hope they were married a good long time.
My husband and I were also married on December 20…57 years later.
Thanks for stopping by.