This is the last Lockwood photo.  It is a Cabinet Card and Hirshburg Bros of Seymour, IND was the photographer. 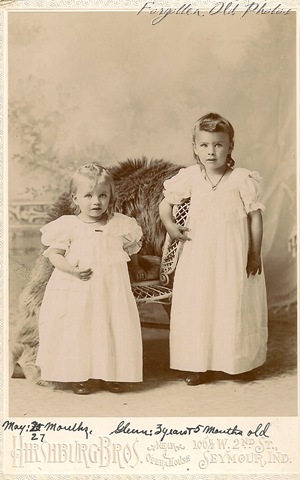 The same person who wrote on Fays photo yesterday wrote on this one also.

There are no last names..but I believe without a doubt that they are the Lockwood girls.

I have wrapped up these last four photos and mailed them off to Greg, he is Jessie Glenn’s Grandson.   I was wondering why the name Glenn was chosen and found out that her grandfathers name was Glen ( Esthers Father).   How marvelous to be named after your Grandfather.