This is a huge Full Circle.   Huge in numbers of photos returned to a Nephew.

I wrote a letter to two brothers Allen and Doug….one in Minnesota and one in Wisconsin.

Hello,
A few years ago in an Antique shop in Brainerd Minnesota.  I found and purchased a number of old photographs.   I have reason to believe that there are many photos of Emeline Moline Lilienthal and Eugene Lilienthal when he was in the service.  There is also a partially filled out Wedding book with photos where I discovered a photo of Lloyd...which lead me to you...Allen and Doug from your brother John's obituary...    Hoping that one of you will want the photos.
I believe some of the photos are of  Ben and Katie Lilienthal.   I think that I have a photo of Lloyd when he married Violet...he is in a Navy Uniform.   Turned out to be Lawrence and Angie
I thought about contacting your Dad  but since  he lives in Isle perhaps it was him that donated them or tossed them??  One never knows.
I cannot find any place where Emeline and Eugene had children?   If you know of any could you please contact them and give them my phone number or email? They had no children.
If  your sister Lois is at all interested that would be great too...I gave up trying to find her married name.
Who ever is the history keeper in your family would be thrilled to get these photos.
Some of the service related photos have already been presented online.  I write a blog that features an old photo everyday.
My phone number is ----and my email is captainconnie2001atyahoodotcom
Some of the photos can be found at Forgotten Old Photos.  In November of 2011 I featured a number of photos.

One day my phone rang and it was Allen in Minnesota and he was very interested in receiving the photos.

I just spoke with you on the phone and wanted to again thank you for reaching out with the information of the pictures. I look forward to seeing more of them and I will show them to my Dad and Elmer who should know more about them than I do and share the info I find out with you.

Connie, Thank you the pictures did arrive and that I know several people in the pictures and I hope to get more information when I show them to my Dad (Lloyd) and Elmer Koch who was Cousin Vera Lilienthal's husband. They are the last people I know who were around then.

Allen sent me a check to cover my expenses and a little more to rescue more photos!

Hello Allen, I received your check today!  Thank you it was most generous, yes I will rescue more photos!   I am anxious to hear what you Dad had to say.  I bet it brought back many memories for him.  Connie

Your welcome I hope it helps.

My dad saw the pictures over the weekend and helped with quite a few of the pictures. He thinks the base/Hospital was Fort Snelling which was the last place Uncle Gene got rehabilitation after he was injured by rocket or mortar fire in Okinawa. He apparently spent quite a bit of time there since it was close to home. I am still going to show pictures to Elmer to get more info the wedding photo dad thought was Lawrence & Angie Lilienthal which is brother to Vera Lilienthal who Elmer was married to for 30 or so years.

This is just a sample of things I found out. Again thank you. None of this would be possible if you hadn't taken the time to look and reach out. 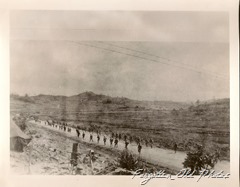 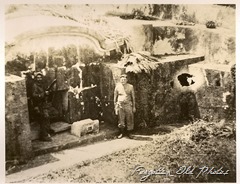 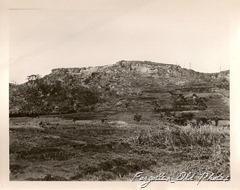 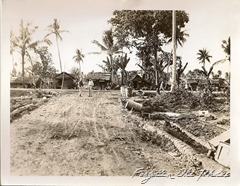 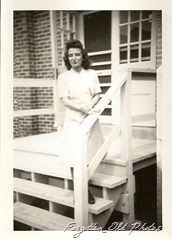 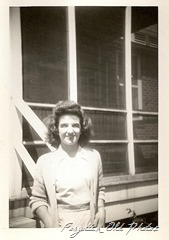 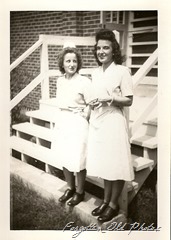 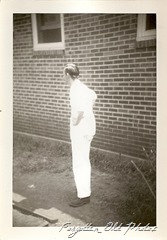 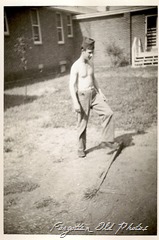 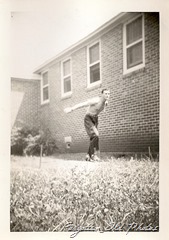 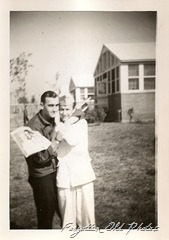 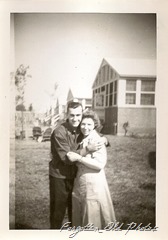 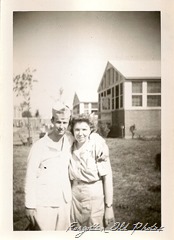 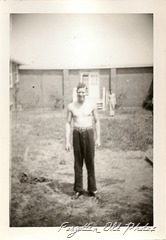 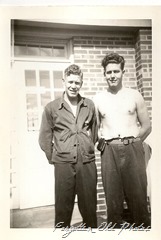 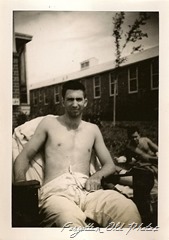 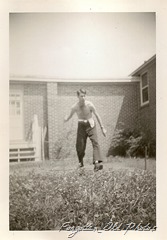 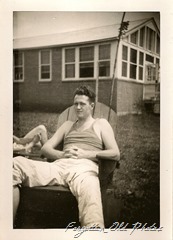 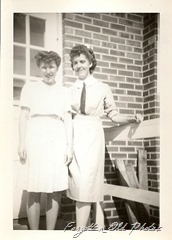 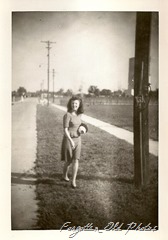 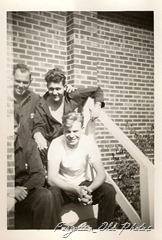 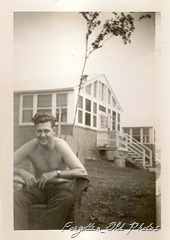 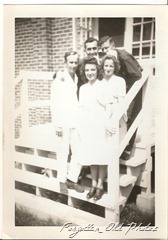 I found this exact photo in a Wedding Book that Emeline kept.   It was that book that spurred me on to do the research.  Emeline Moline was born July 13, 1925 to Paul and Emma Moline.  She married Eugene Lilienthal  born August 7, 1925 he died Feb 10 1989.  Emeline married Donald Moline on August 20 1990.   Emeline died at the age of 82 on May 23 2008.  Allen and I think that the people that cleaned out her home most likely donated all the personal possessions like photos or sold them as an estate.  Going through obituaries I was able to find Gene’s nephews. 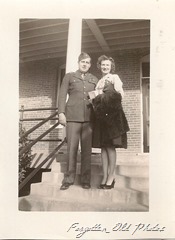 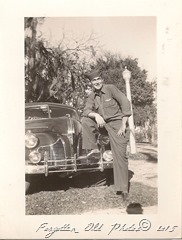 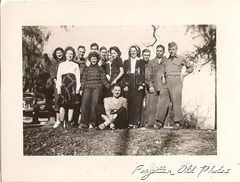 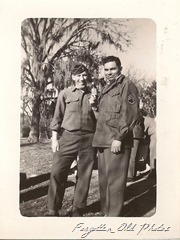 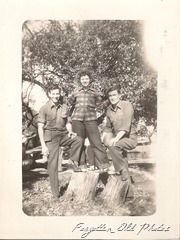 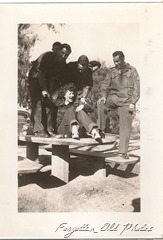 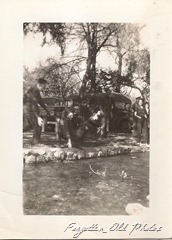 All of the snapshots were in a plastic bag marked  Margaret Lundborg My Life 1930.  Apparently is was a plastic bag that was reused.  So far no connection to Margaret has been found.

I was very pleased to return these photos to Gene and Emeline’s nephew Allen.  Allen seemed very kind and was very appreciative of the photos.

Thank you for stopping by.