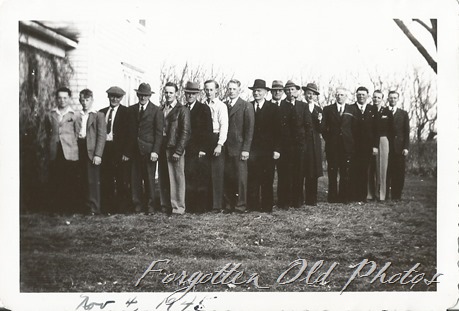 Many men and one is in uniform. 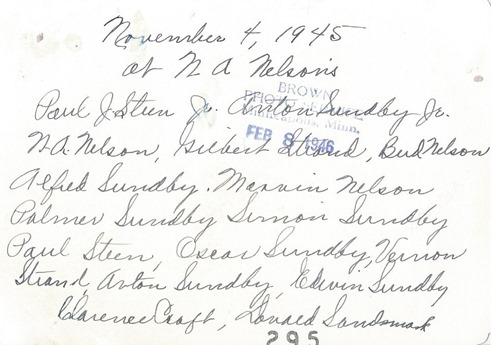 So many men in this photo, some younger, some older, some may be WWI Veterans.

The second to the last fellow who may be Clarence Craft is wearing an Eisenhower Jacket which was a waist length jacket which was standard Army issue in November of 1944.  Sometimes called an M-44.