This is a Cabinet Card from the antique shop in Crookston Minnesota. 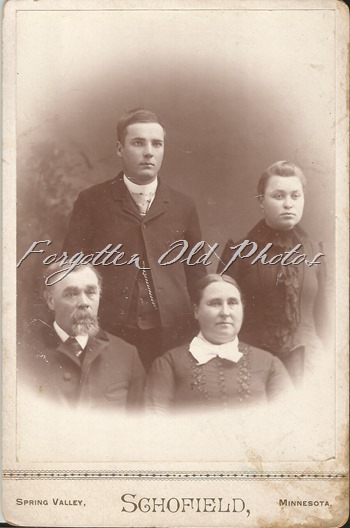 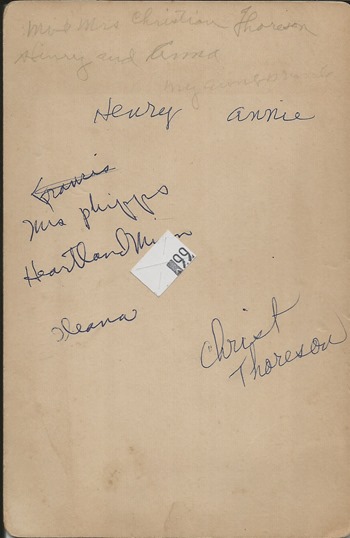 Update from Jacqi:
Henry and Annie are the children of Mr. and Mrs. Christian Thoreson. As Iggy mentioned, there is a marriage record on Ancestry indicating the marriage, in Fillmore MN, of a Francis E. Phipps, Jr., and Anne Thoreson on November 18, 1899--almost exactly 116 years ago. I found this couple in the 1910 and 1920 census--in 1910, living with Francis' father, also a Francis Phipps. I didn't see any indication of children in either census record.The MN state census from 1895 shows a Christian and Oleana Thoreson in Fillmore County, with children Henry, age 19, and Anne, age 21.
Posted by Far Side of Fifty at 4:02 AM