This will be the last of Craig’s Scans for awhile.  I made it through the batch that I scanned.  We will have a few graduations photos now. 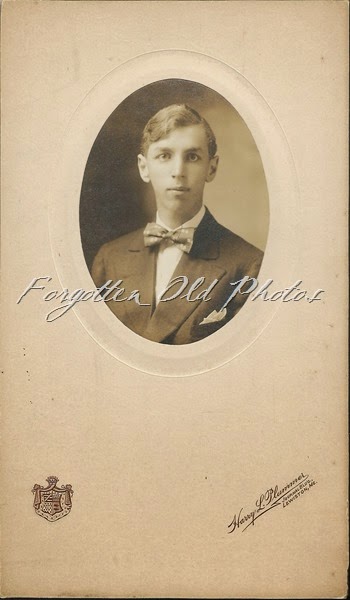 Harry L. Plummer was the photographer in Lewiston, ME.

Yours Sincerely Wentworth S. Wright  St. A. ‘07
He has a stylin’ bow tie!
Thanks for stopping by.

Update from Iggy:
Wentworth Spencer Wright (8 Jan 1889 in Illinois - 14 Mar 1963 in Alameda, CA) His father, Edmund Wentworth Wright was an educator that graduated from Harvard. Edmund was a High School Principal in Old Orchard, Maine during 1906-1911.Wentworth was an insurance salesman in San Francisco. Wentworth and his wife Inez had a son named Paul (c. 1920)