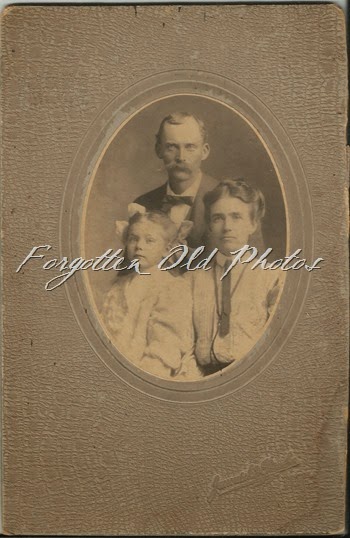 The photographer is from Yankton South Dakota 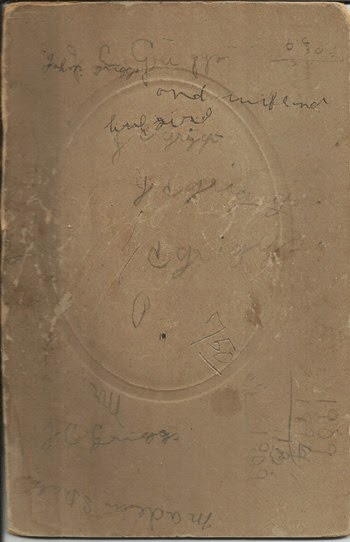 J C Griggs and wife and girl…then John Griggs…then on the bottom …made in S Dakota.
Someone also did some arithmetic 1909 – 1896 = 13 Whatever that means.
Thanks for stopping by.
Update from Iggy:
Possibly this is John Colby Griggs 1837-1914
He married Lucy Hill and they had seven children.  She died in 1893.  He married Cora Azalea Bradish and they had three children; Samuel, Catherine, James and Mildred.

Possibly the child in the photo is Mildred,,,she was born in 1895.  She married Glen B. Lukens and they had three children; Ellen, James and John.