This is a photograph from Craig’s Collection. 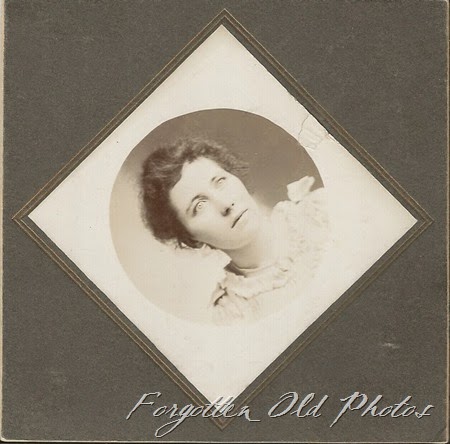 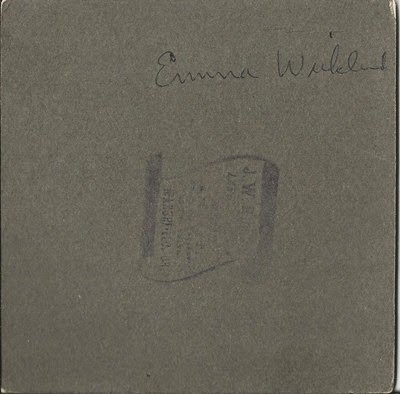 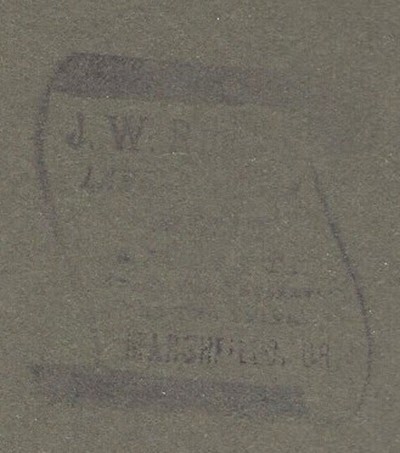 J.W. Riggs  in  Marshfield Oregon
I think the gals name is Emma Wielelend ? Wickland or Wicklund
These on the diagonal photos were popular from 1895 to 1905.
Thanks for stopping by.
Update from Iggy:
In Ancestry, the best fit (of several) appears to be:Emma WicklundAge in 1910: 34Birth Year: abt 1876Birthplace: FinlandHome in 1910: North Bend, Coos, OregonRace: WhiteGender: FemaleImmigration Year: 1900Relation to Head of House: WifeMarital Status: MarriedSpouse's Name: Albert WicklundFather's Birthplace: FinlandMother's Birthplace: FinlandThis Emma appears to have been widowed by 1920 and moved to Los Angeles with her son, Kermit. She was then a Dressmaker.In 1930, the son is listed as a step-son to Alfred Gunnell as Emma remarried. The family is back in Coos County, Oregon.