This Full Circle began when Iggy left a message at Ancestry with the tree holder for E.E. Rittenhouse.

What a pleasant surprise and kind offer. Yes, I would greatly appreciate having Elmer's photo. Please advise me how to receive it and what 'out of pocket' costs may be reimbursed. Again, thanks so much. 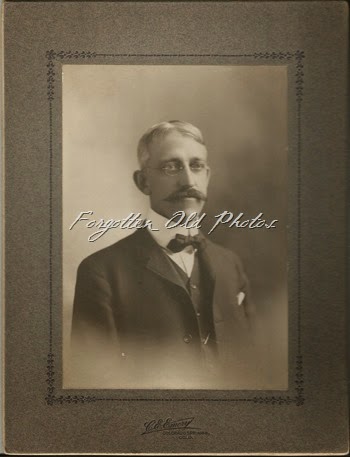 Hello George I am happy to mail you the photo.  I hope you will share something about Elmer after you have received the photo. I will get it ready to mail out tomorrow or Monday.

Thanks for the interest in the photo! Connie at Forgotten Old Photos

Thank you very much for sending along the photo of  E.E. Rittenhouse #1848.

I have just sent it to Stuart who is the Grandson of  E.E. R. I included your letter and would expect that he will respond to you.

This is a wonderful task you have taken on!  Just think of the many families who have ‘recovered’ an ancestor!

I assume you do not receive responses from everyone, so I am enclosing a check in excess of what you suggested to cover your costs.

Again Thank You and Iggy too!

Hi George, I received your letter and most generous check today, thank you very much!  ( I will rescue a few more photos!) I look forward to hearing from Stuart, I will write a Full Circle Post after I have heard from him.  Thank you for your assistance getting this photo home to family!  Connie

A few days later I heard from Stuart:

Elmer died before I was born so I never knew him personally but we have a lot of family history about him.  He had an early career in the years around 1900 in Colorado Springs, where the photo was taken, as a railroad telegrapher.  Later he moved his family to Montclair, NJ and built a successful career in New York in the insurance business, before his untimely death in 1920 at the age of fifty-eight.

During World War I he was an early advocate of getting the U.S. to join the Allies in defeating Germany.  The New York newspapers published a number of letters about the war, under the pseudonym ‘Ammi Wright.’

He included copies of Railroad Passes that belonged to his Grandfather. 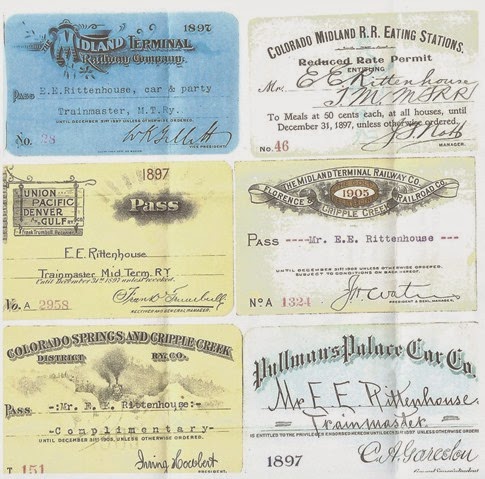 He also included a check.

Hello Stuart, I received your letter and check this week.  Thank you so much for the Railroad History and the scans of the old cards are wonderful!   I will include them in the Full Circle Post I will write this next week.

I will use the check to rescue more old photos!

George sent me some more photos.  Thank you George! 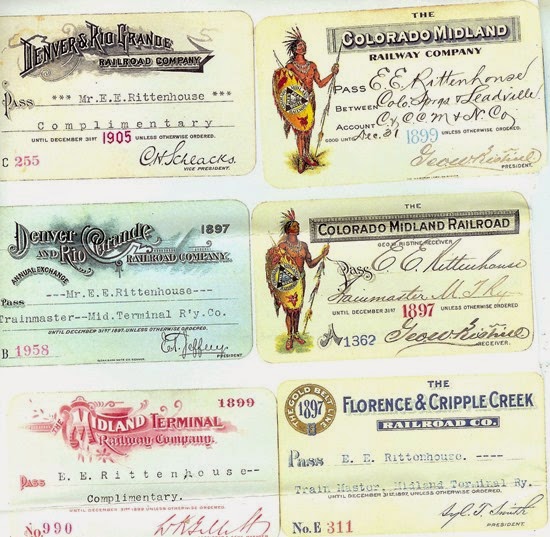 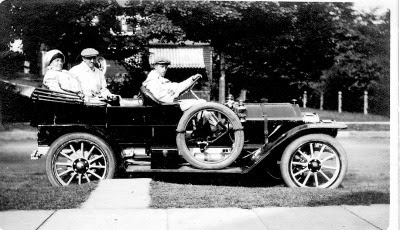 Adelaide and Elmer in the backseat, Gordon(their son) driving 1913