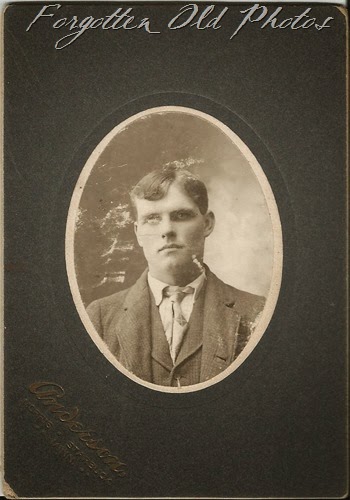 The photographer was Anderson in Morris and Starbuck Minn

Robert Degenderfin ?? Degendorfer
I found the Photographer Anderson at the Minnesota Historical Society, but there is no info on what years Anderson was in Starbuck/Morris. There is also no first name for him.
Thanks for stopping by.

Update from Iggy:
The photographer would appear to be Joseph B Anderson (c. 1872 in Sweden) living in Morris, Stevens, Minnesota immigrated in 1893 and lived in Morris 1900 and 1910 before moving to Eugene, Oregon.