This is a photo from the antique shop in Brainerd Minnesota. 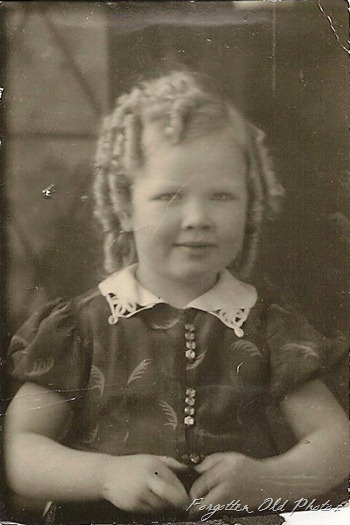 Look at those curls!  I could not resist this photo and I hope it finds a its way home. 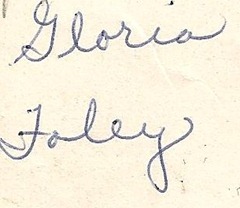 Gloria Foley
I will guess that this is a photo from the 1930’s.
Thanks for stopping by.  Do come again:)

Update from Iggy:
There are a lot of Gloria Foley's - but I believe this one might be the daughter of Palmer A. and Borghild Foley of De Lamere, Hall Township, Sargent, North Dakota, born in 1934.From what I can tell, Gloria attended the nearby Valley City State University, graduating in 1954.She taught in a school in Minot, ND for at least a short while. She married an Edward Mortenson of Malta, Montana on August 19, 1965.
According to the college paper - she attended a reunion in 2004. As far as I can tell, Gloria lives in Malta, Montana today.