This is another Cabinet Card from Craig’s Collection. 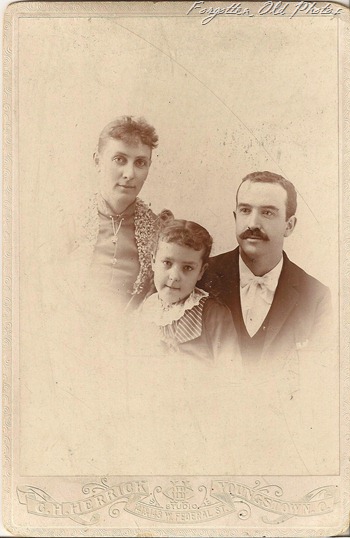 C.H. Herrick was the photographer at 141 + 143 W. Federal St. Youngstown, O
Interesting how Ohio is known as O. 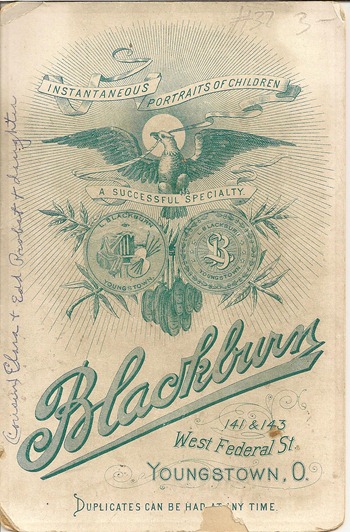 (Cousin)  Clara + Edd Probst + daughter
Note that the name on the back is Blackburn at the same address.
Thanks for stopping by.  Do come again.:)