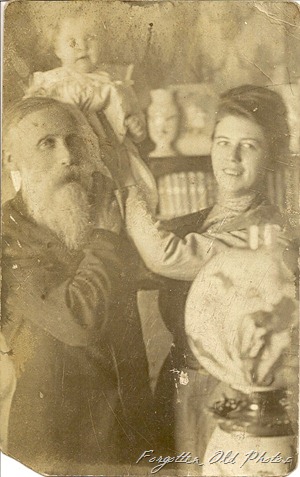 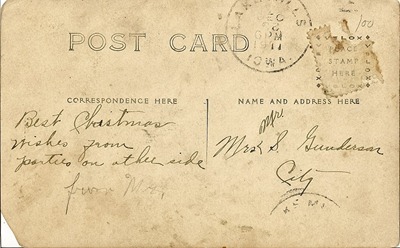 I got an email from Kristine who is a Great Great Granddaughter.  I mailed her the postcard.
Kristine wrote:
Hi. Connie I got the photo thank you thank you thank you I will send you a short note next week.  Nels Gunderson was 11 years older than his wife Ingeborg he was born and raised in Norway met his bride in Iowa who was also Norwegian.   Nels bought 160acres of land in Winnabago Iowa who considered him a fine citizen he was a republican and was guided by his Lutheran faith.
Sincerely Kristine

December 2012 Update:
Kristine wrote me a Thank you card and included the following information.
Nel Albert Gunderson was born and raised in Norway.  He was determined to make his fortune this side of the Atlantic.  The land he bought was in Worth County and he also claimed land in North Dakota.  He worked up until his death in 1915.  He married the beautiful Ingeborg Breia and they had seven children.