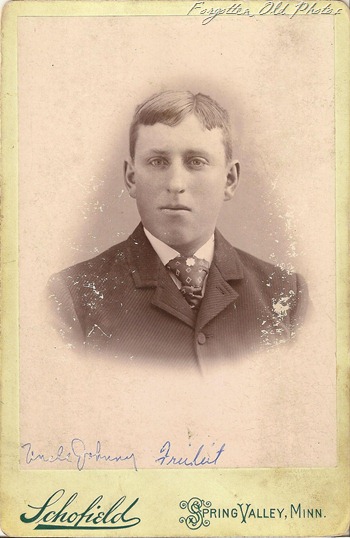 Uncle Johnny Freibeit  Frichert? edited to Frieheit
The photographer was Lucius M. Schofield in Spring Valley Minn.  I found the photographer there during the years 1889 to 1894.