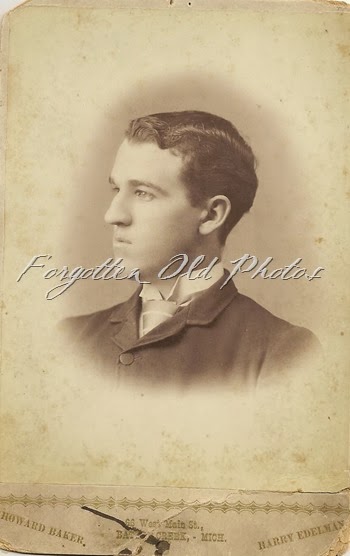 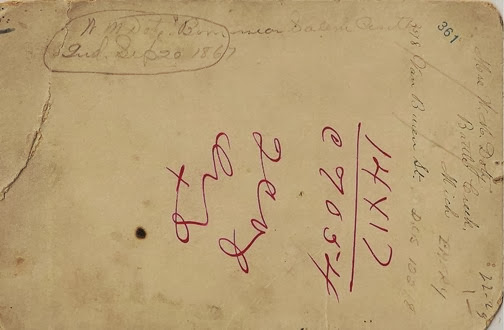 Mrs W.M. Doty Battle Creek Mich 398 Van Buren St.
The rest of the marks in pencil are sales marks or photographers notes in red.
I was going to guess 1885 for the date of this photo…it is possible that he was 18 in this photograph.  (His jacket looks like it was just buttoned using the top button…just one of those things that I look for that helps date many photos around 1885.)
Thanks for stopping by.  Do come again.