Well, we finally had some success with Katherine’s Photos from California.

He best friend was Dolores Tallman 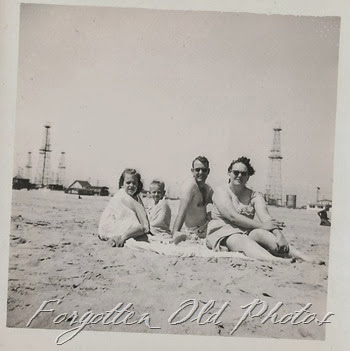 The photos were returned to Sterling L.Tallman Jr. he is the little boy in these photographs. 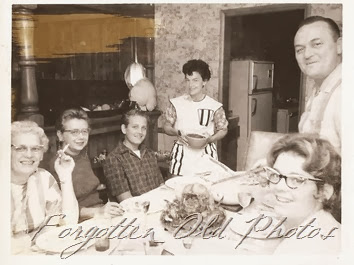 This was the photograph I used on Thanksgiving day 2013.

The group of Bonus photos were also returned. 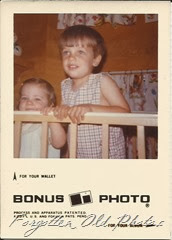 Iggy found an address for Chris Tallman and my letter was forwarded to his father.  Our emails follow.

Hi Connie,
My name is Sterling Leon Tallman, Jr.
My son, Christopher received your letter a couple of days ago and the photos are of my immediate family and of my mom's best friend when my mom was a teenager. The photo of us four at the beach is my immediate family. From left to right, Diane, my sister, myself, Sterling, my father and Dolores, my mom.
I don't know where these photos were found, but it appears that they were the possession of Edna Walthers. She went by "Eddie" and she was mom's best friend. The dog in the picture is Eddie's dog "Queenie".
Clara was Eddie's mother (the taller of the two older women), but I don't remember who Anna was
She could be Claira's sister. Clara was from Ohio, so she was probably out visiting at the time the pictures were taken at our first home in Lawndale, California.
My sister Dianne and I would like to have the pictures, because they bring back childhood memories for both of us. I will be 67 years old in a couple of months. My sister is now 69 years old. Mom and Dad are both gone now.
We really appreciate your detective work and your dedication in finding who these photographs belong to. I had no idea anyone did anything like that. Really great!


Hello Sterling!  So good to hear from you!  The photos came to me from a gal in California named Katherine, the photos were left to a friend of hers and he/she had no idea what to do with them.  Yes, Clara was Edna's Aunt from Ohio.  Edna's Mom was Anna.

Can you tell me anything more about Edna or Eddie as she was known?   What happened to Hank (Henry) Walther?   Did they stay married?   I could not find a burial record for Edna...or if she remarried/or had Children?

I am sorry I have so many questions...but so far you are our only lead to answers.

Do you have a computer in your home?  I have more photos that I would like you to look at..perhaps they are of your family too?  So many photos in the box were not marked.

I could email them a couple at a time, to see if you recognize them??

Hello Connie,
I only met Anna a couple of times, as we didn't travel that often back to Ohio and West Virginia area. As I recall, Anna lived in Cumberland Ohio, but that could be wrong, because I was just kid when we visited her at home.
I'm writing this on my computer. So, yes you can email whatever pictures you like to me and I will`look at them to see if I recognize anyone.
Hank (as he was called), past ways several years before Eddie as I recall and they were married all the while until  he passed away when I was still in grade school or Middle School  when he died.
they didn't had any children, so my sister and I were there were her heirs.
Eddie was a P.E. teacher when she was younger, I believe that was in the Gardena School District and after that she worked for the Unemployment Department, I believe that was in Gardena as well, until she retired. She was also a member of the Soroptimist Club in Gardena, CA for years as well.

I emailed him a few of the unidentified photos.  One was identified.

I sent the photos off in the mail.

Hi Connie, Yes the photos came in good shape. I shared them with my sister as a surprise to her and they brought back many memories for her as well. We shared them with our Son and two of our daughters too. My sister & I both thank you for your thoughtful service in reuniting loved ones in photo memories that would else wise be lost forever. With much appreciation, Sterling Leon "Lee" Tallman & Dianne Lynn Tallman Gregorius.

All in all 21 photos were returned to Sterling and his sister. 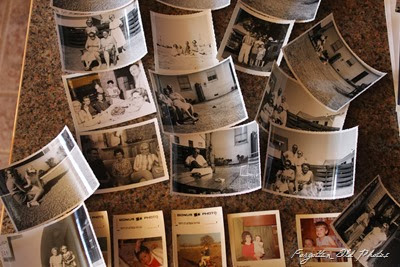