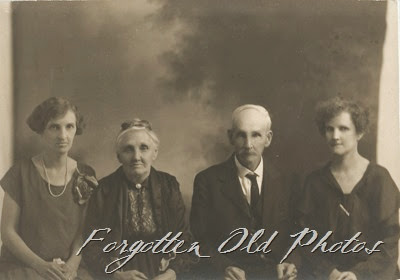 Two daughters and their parents.

Agnes Jones + Jennie Murray wi Parents Mr. + Mrs. Andreas Petersen
No clues as to where this photo was taken.  I think the photograph was most likely taken in the late 1920’s or early 1930’s.  The daughters look at least 40 ish and the parents at least 60 years of age maybe older.
Thanks for stopping by.  Do come again.