This old photo found a home. 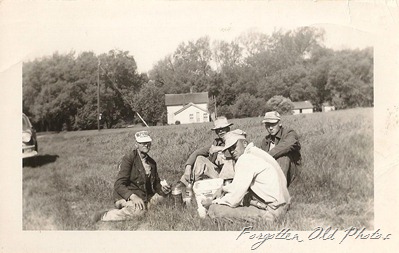 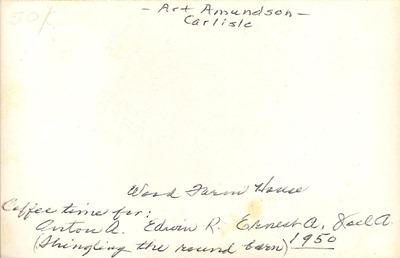 Update from Marilyn ( Granddaughter)
Anton Amundson was my grandfather and Ernest and Joel and Art Amundson were brothers like you found out. Edwin Ronningen was the brother of Emil's wife Marie like you mentioned and also the brother of Anna, my grandmother married to Anton Amundson. So Ernest, Art & Joel were double first cousins to my mother. The farm was originally settled by Amund Smikop Amundson and his wife Ronnaug. One of their daughters Ronnog (Rena) married Augustine Washington Wood and thus the farm became known as the Wood farm when they moved back to Rothsay and lived on the farm. Their son continued to live there and later it was owned by Ernest Amundson and then following his death by Joel Amundson. The farm is in Wilkin County near Rothsay, Minnesota. The house and the round barn are no longer on the property which is still in the family and now is owned by my cousin's son who has built a house there.

She was also kind enough to email a photo of the barn! 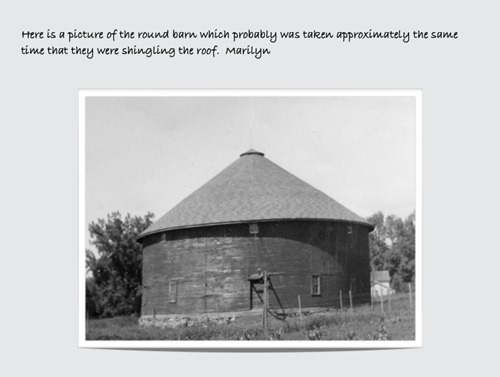 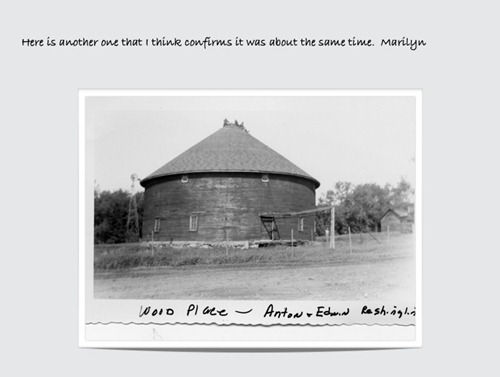 It is a beautiful round barn.

The house and barn are no longer on the property. Wish it were!

She received the photo and wrote:

Thank you. I forwarded on to the grandson of Art Amundson who was happy to receive it!