This is a Real Photo Postcard from the antique shop in Erhard Minnesota. 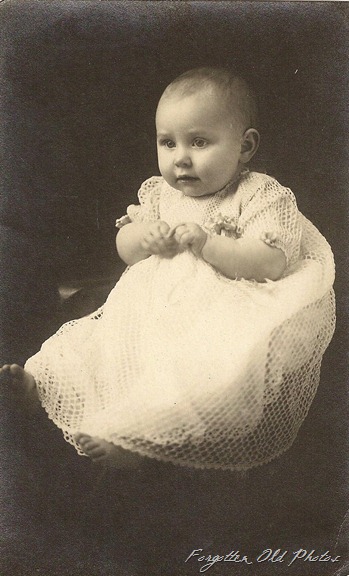 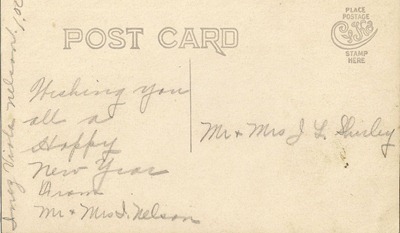 This is Inez Viola Nelson.
The card says:
Wishing you all a Happy New Year From Mr + Mrs I. Nelson
It was sent to Mr and Mrs J.L. Shirley
Most likely this is the one and the same Julius Shirley that received two Real Photo Postcards from Ida Wee yesterday.

This Real Photo Postcard a Cyko dates from 1904 to 1920. I will guess that it is closer to the 1920’s side of things..because of the style of the dress..earlier baby dresses/gowns were very long.

I enjoyed this old photo, I love the lacy more than likely crocheted dress.  I like that her cute little toes are peeking out from under the dress.