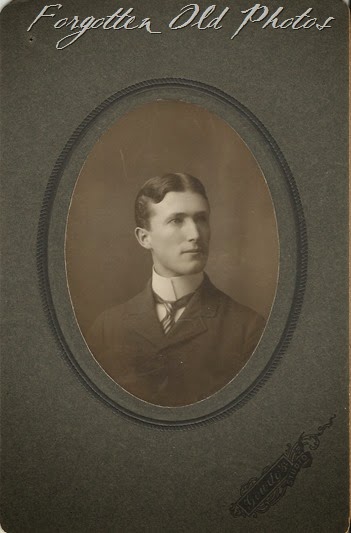 Gowdy’s Studio was the photographer. In an unknown town. Ann Arbor Michigan

I know it is hard to see it is written in pencil .  It says C.L. Harpham
Thanks for stopping by.

Photo Studio Update : Albert Grant Gowdy, a resident of Ann Arbor, Michigan.
Posted by Far Side of Fifty at 4:02 AM