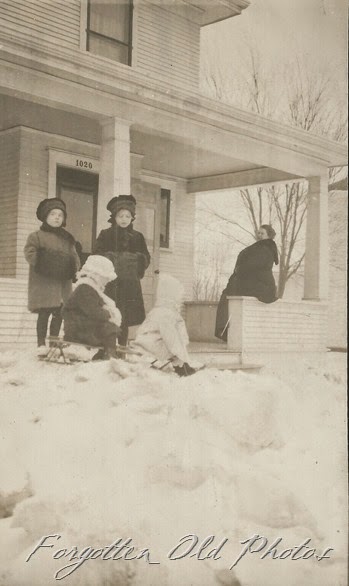 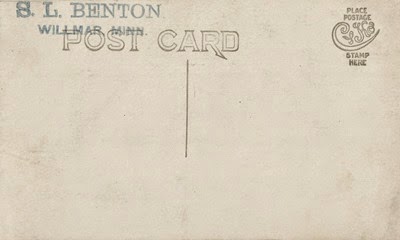 S.L.Benton remains a mystery.  Cyko Real Photo Postcards were used from 1904 to the 1920’s.
Thanks for stopping by.
Update from Iggy:
I think this might be the Solon L Benton family showing Hattie C, his wife, three daughters, oldest one Beulah, and youngest being son Donald per 1920 US census they lived on Campbell Avenue. Solon was a Land Office manager.
1020 Campbell Avenue, Willmar, shows a house that matches the one in the photo above. Going by the children's ages, The photo dates to about 1917, Beulah was born c. 1909, Blanche 1911, Bernice ?, and Donald c. 1915.
Beulah Benton Married Chauncy R. Tatum they had no children.
Blanche Benton married Edward Long Wilsin and they had two sons.
In Beulahs obituary there is no mention of Bernice or Donald. Only Blanche and three nephews.
Posted by Far Side of Fifty at 4:03 AM