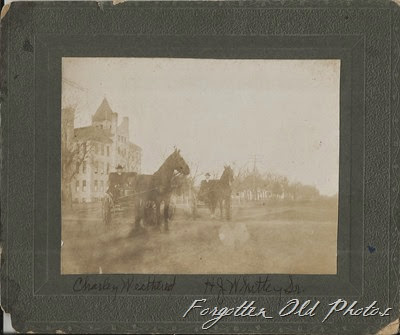 The photo may have belonged to a gal by the name of Polly Knapp her name is found on the back of the photo.
Thanks for stopping by.