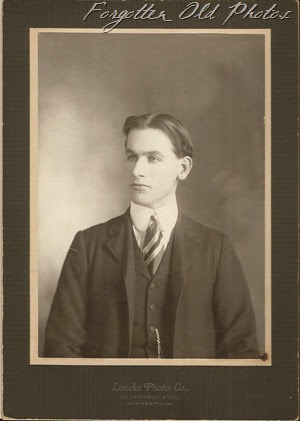 Loucks Photo Co at 28 Central Ave Minneapolis was the photographer.  Further research finds a R.W. Loucks working at that address in 1903.

Isaac Emerson    West Concord Minn
Isaac is probably about 20 years old in this photo.  West Concord is in Dodge County.
Thanks for stopping by.

Iggy found out that he was a Minnesota Legislator from 1923 to 1930.   He graduated from the Minnesota School of Agriculture in 1903 so this is probably his graduation photo.
Posted by Far Side of Fifty at 4:01 AM