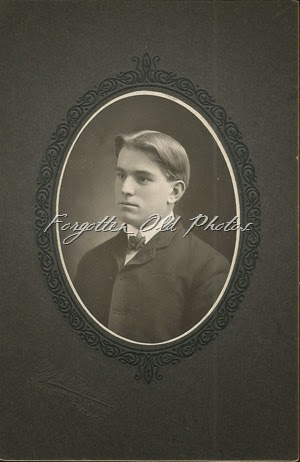 The photographer was PJ Flanders of 514 Nextworth Ave Chicago

Will Stallwood
as he was when we first knew him
I will guess that this young man is about 18 years old and his photo was taken in the early 1900’s.
Thanks for stopping by.