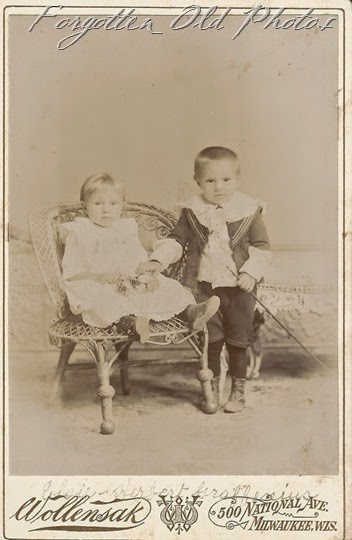 Wollensak of 500 National Ave in Milwaukee,Wis was the photographer.
The little boy has something in his hand…maybe one f those “wands” that a music director uses?  He is also holding his sisters hand.  The little girl appears to be holding some flowers. 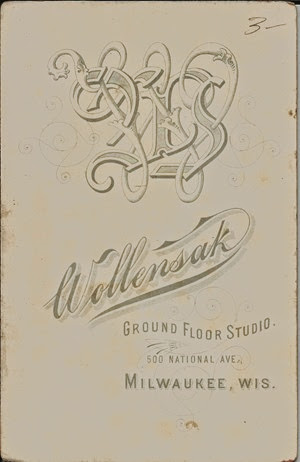 This is the back of the Cabinet Card.
Thanks for stopping by.

Updates:
Dr.Jeff notes the photo is on Ancestry.