This is a wedding photograph from the Flea Market in Detroit Lakes Minnesota. 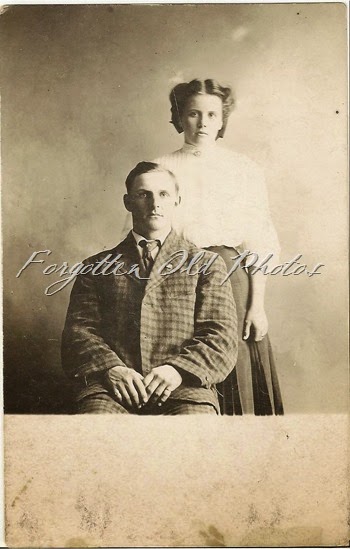 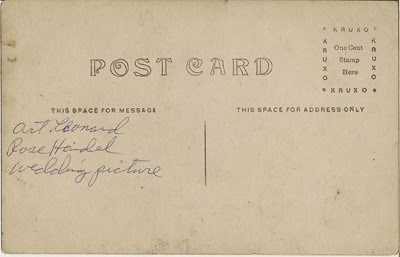 It is a KRUXO Postcard they were used from 1908 to the 1920’s.  I will guess that this was taken more in the 1908 time frame.  The bride wears a simple blouse which could be pigeon breasted and a skirt.  The groom looks like he is wearing a checkered suit that might be a little large for him. 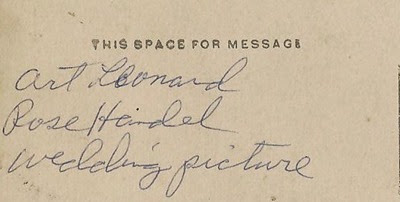