We finally have a full circle post!  It seems like a long time! I also have another one for tomorrow!

This first one came about after Abra (Sue) left a message on Ancestry for a tree holder.

This is what I heard back:

I would love to have these photos of Ray and Rosa Pommier and I could share them with those who appreciate the ancestry...My husbands mother was a Pommier, her grandfather and Ray's grandfather were brothers. There is a Pommier reunion next month in Minnesota. We are unable to attend this year but we were there last year. 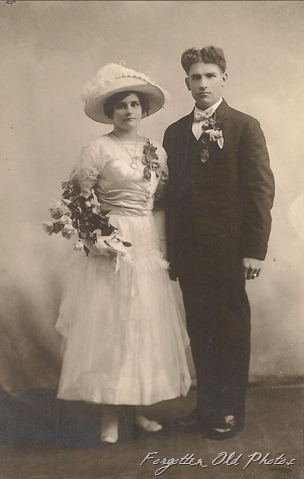 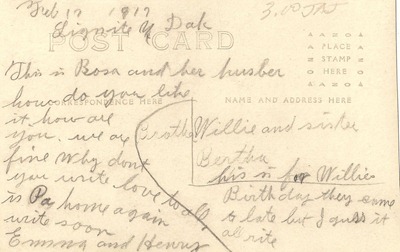 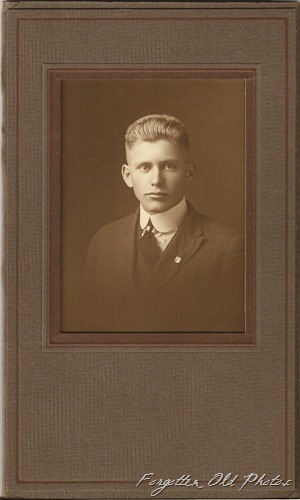 Forrest Pommier appears to be the son of Henry and Emma Pommier, born in 1900 in Minnesota, and living in Foothills, Burke, North Dakota during the 1910 US Census.  He died December 29, 1990 in California.
He was married to Cornelia Neidomeyer.

I mailed the photos off to Karen.

...I really appreciate them. Much more I appreciate what you and your researchers do. I will send a donation by return mail. I have been doing the genealogy thing now for a very long time. It started with my side and then just like any other obsession it just blossomed. It is always GREAT to add a face to a name. The Pommiers immigrated to the USA from France in 1854, first to St Anne, Illinois where some offspring still live. Then southwestern Minnesota where Forest and his sister Roseanne were both born and then North Dakota. Forest and Roseanne's grandfather, Rene Pommier, and my husbands great grandfather, Cyprian Pommier, were brothers.
Again I really appreciate these photos and the donation will be in the return mail...Thanks Karen

So another great reunion!  Like I told Karen any money sent to me I reinvest in more photos with names…so we can keep the Full Circles going!