This is another photo from the Antique Shop in Dorset. A few days ago we had Agnes and Stephen Brown…Photo Number 777.
Now we have Leatha Brown. 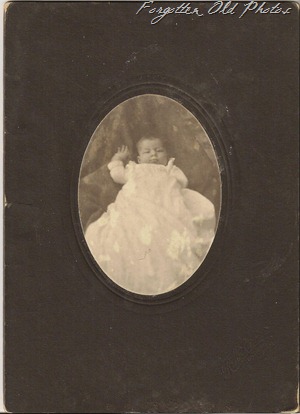 The photographer was R. H. Stewart of Watkins. Minnesota.  He was in business in the early 1900’s in Watkins..he took Stephens Browns photo in 1904.  The Minnesota Historical Society’s Database of photographers only has him doing business in one year in Minnesota..1902.

Update from Iggy:
I think they had one more son, an August David ((1928 - 1987) who had a couple children too. August was a teacher in Minneapolis.


Update from relatives:  Leatha is Stephen Brown's sister..their Mother is Agnes Brown.
Posted by Far Side of Fifty at 4:03 AM